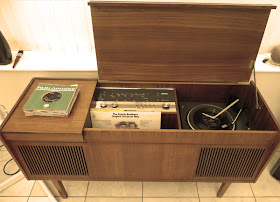 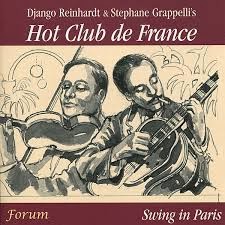 Back in the 1970s, when I was allegedly growing up, my parents owned a radiogram. A vast piece of wooden furniture that dominated our small living room it housed our combined record player and radio tuner, with in-built speakers and a handy little slot to store your vinyl - it was our all-in-one audio entertainment centre. 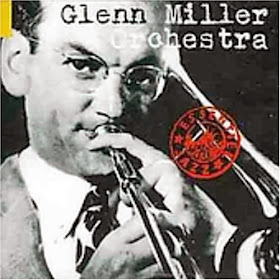 There nestled the very few records my family deemed fit to invest in. Some of these I inherited and still treasure, the ones that reflected my Dad's love of Jazz / big band music of the 1930s and 40s, so there were albums by Glenn Miller, Duke Ellington, Louis Armstrong, Hot Club de France featuring the great Django Rheinhardt and Stefan Grapelli. 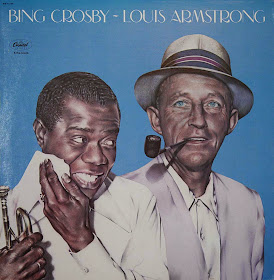 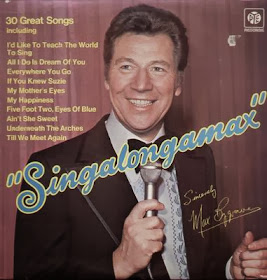 For these musical foundations I remain grateful and yet some less vaunted musical artefacts found their way into that small collection of vinyl that remain as more distant and rather less welcome memories. The 1970s ushered in a catastrophic loss of taste for many people of my parents generation that was, amongst many travesties, responsible for the SingalongaMax phenomenon, and the bizarre series of Hammond Organ plays pop albums that were suddenly appearing... 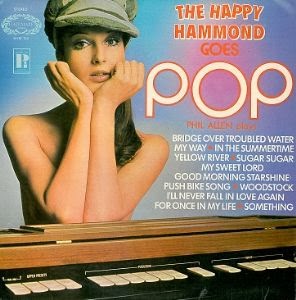 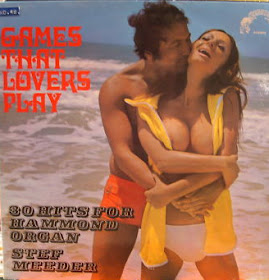 These all found their way in to my parents exclusive record collection.
Looking at the covers of these strange albums they appear to herald a powerful attraction to the unique sound within of the "Happy" Hammond, apparently absent in that of the Farfisa and Bontempi. The Hammond inducing a surprisingly wide range of emotional response from the negligently dressed young women depicted - blank indifference to physical rapture (or perhaps it's just the bloke in the orange budgie smugglers achieving that response). 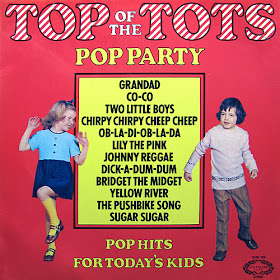 The one album in the collection I contributed at this stage (early 1970s) was this gem of an album I received as a Christmas present that has probably had as worrisome effect on my dance technique and dress sense as on my musical tastes ... Ladies and Genteleman I give you the first vinyl album I ever owned ... Top of The Tots Pop Party - Pop Hits for Today's Kids indeed. This album featured pedestrian cover versions of what I suppose we'd call Bubblegum Pop. Novelty records became so ubiquitous in these years they actually ceased to be a novelty and became the tragic post-Beatles norm. 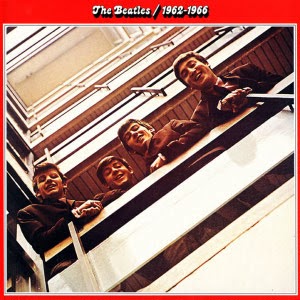 Talking of whom, subsequent Christmases garnered these albums which represented my true musical induction, that even a later adherence to Punk and New Wave could not extinguish .... 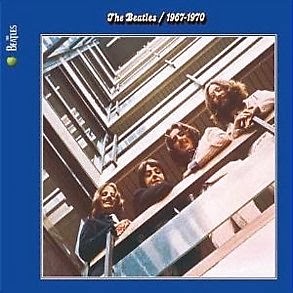 Left to my own devices these were the first sprinkling of albums that found their way into that radiogram slot in '72, '73 before a hiatus where music in the mid-70s rather passed me by until 1977, year zero, and the Pistols, The Clash, The Stranglers and The Jam re-awakened my interest, but that's another story…. 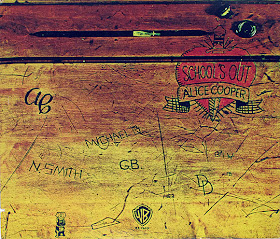